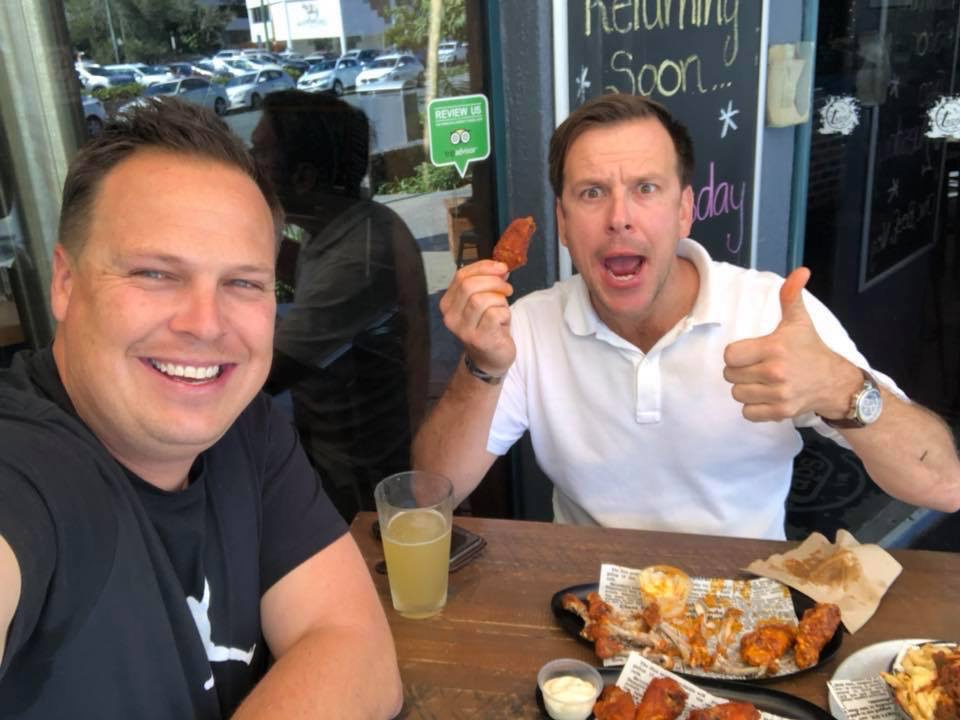 when good friends Wayne Taylor and Eliot Krause put a call out on social media along with a selfie of two very average lads eating chicken wings and sipping beers to local men in the area to join them for a beer and wings every Wednesday for an hour at their favourite pub for a real and raw chat about the issues men face all whilst making a mate.

Wayne and Eliot had been previously meeting there for approx. 4 months prior when they thought the idea of other men joining them would be beneficial.

Minutes after the original post the local newspaper saw the post on the local facebook community board and overnight published a story titled ‘Two Average Joes out to change stigma.’…birthing the name of their weekly wings and beer ‘Average Joes’.

Deciding to run with the name AverageJoes and not knowing what to expect the following week both men were overwhelmingly surprised when it quickly became one of the most interacted posts on the facebook page and drew a crowd the very next week.

Due to the huge interest only month later they opened doors to another AverageJoes meetup on the Central Coast NSW, shortly followed 4 weeks by a 3rd in Penrith NSW and now totalling 8 current AverageJoes meetups in 2 countries with AverageJoes TEEN EDITION about to kick off in Tennessee USA and helping pioneer ‘Plain Janes’ focussing on bringing the same flavour and same culture to women. 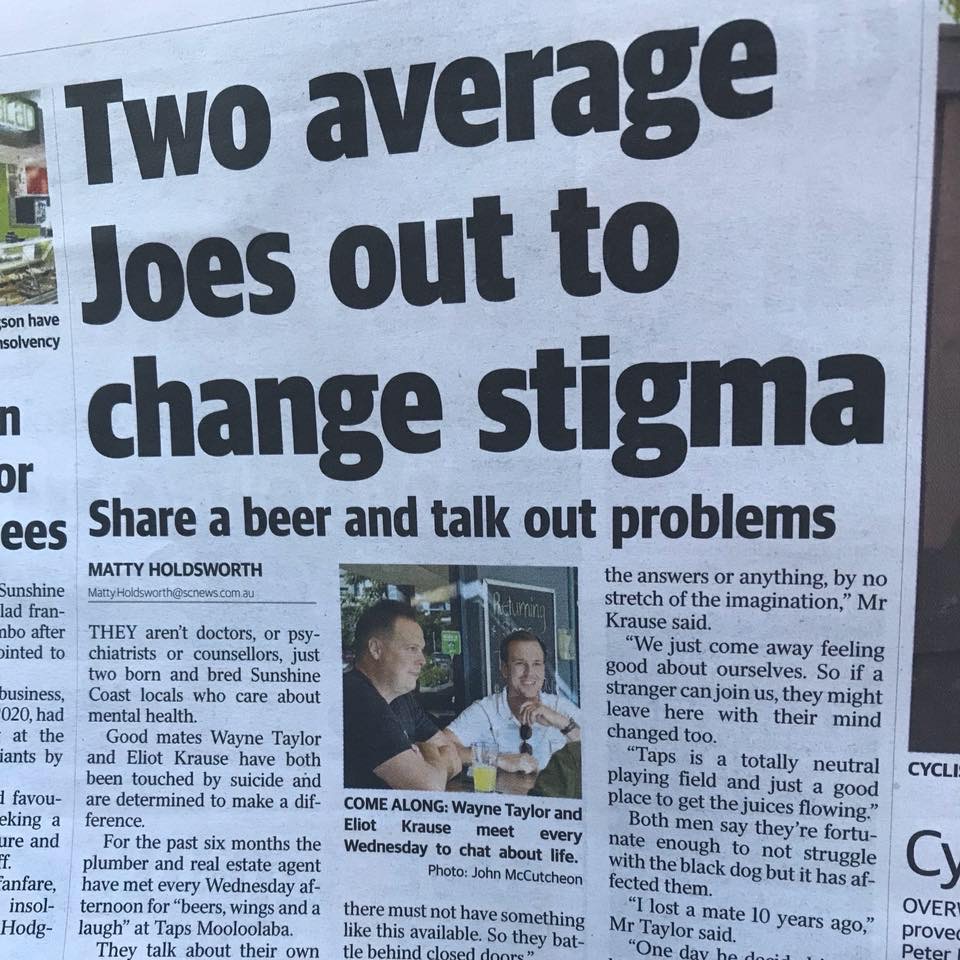